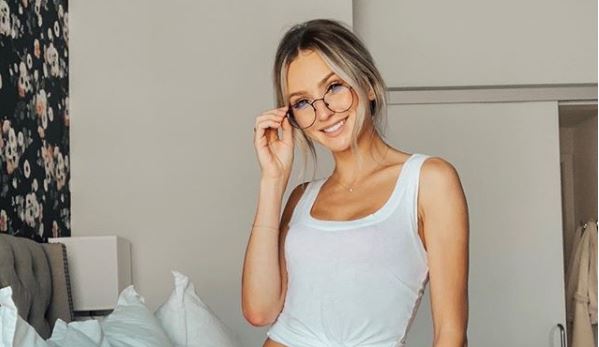 On Wednesday, November 14, it was confirmed that Lauren and Chris were dating. After they told the world they were together, they walked the red carpet together at the CMA’s Wednesday night. Chris explains how he and Lauren met at a show and have been “hanging” ever since. Their relationship is still early on so we’ll see how long they last.

The Bachelor’s Ben Higgins proposed to Lauren Bushnell and the world saw a pretty good couple until they broke things off in May 2017. Lauren then moved on pretty fast to Devin Antin only two months after her and Ben’s separation. They just recently went separate paths in August 2018.

Reality Steve says that this isn’t exactly what went down, though. Steve shared the post below on his Twitter today. There has also been some talk about how Chris Lane was obviously into girls who have been on the show. Regardless, if he likes Bachelor girls he finally snagged one for himself.

Never gonna believe this, but US Weekly ran yet another factually incorrect story. LB wasnt dating Chris “right before” Lauren. Not close. LB hasn’t been involved w/ Chris in over a year. They’ve both dated others since. Chris w/ numerous others of course https://t.co/yL9jkVuepa

Being around the Bachelor wasn’t anything new to Chris Lane either. Chris actually performed on Nick Viall’s season for a one on one date. Not to mention he is also friends with Clare Crawley who was on the Bachelor. Chris had watched Lauren Bushnell on the Bachelor and thought she was “absolutely” beautiful. He also says that she is even better than he expected.

How long will their relationship last? Will he be “the one”? Fans hope to see a lot of progression out of this relationship. Will Chris Lane write any songs about Lauren Bushnell? We will see.

Stay tuned with the Bachelor for their new season featuring Colton Underwood and the ladies who will be fighting for him on ABC in January of 2019. Colton allegedly finished filming his season today.