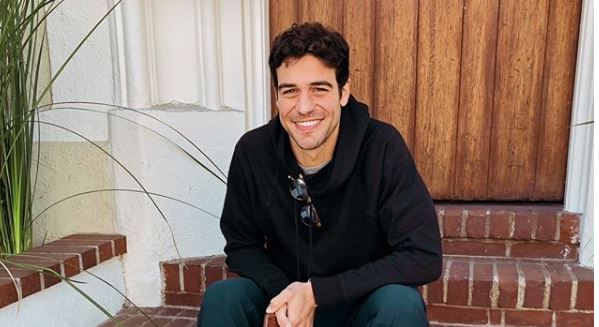 Bachelorettes own “Grocery Store Joe” (Joe Amabile) was kicking up some sweet dance moves until he got sent home on Dancing with the Stars. How crazy would it be to hear that Joe Amabile is already making more money than the new upcoming Bachelor Colton Underwood? Well, it’s true!

What do DWTS and Bachelor contestants make?

The main star of the Bachelor or Bachelorette makes approximately around $100,000. There are differences in pay though according to Us Weekly. Previous Bachelorette Emily Maynard was rumored to have mad $250,000 when Ashley Hebert had only made $30,000. Colton’s exact income hasn’t been revealed, but you know it isn’t going to be $1 million or anything crazy when you compare to past contestants of the show.

How much money does a Dancing With the Stars participant make? Well, they make about $125,000 just for simply joining the cast! That’s not all if you make it to the third or fourth episode you get an extra $10,000. That’s not it if you make it to the final two episodes you get $50,000! So if you win the competition, you’ll be taking home a lot more money than planned. Joe Amabile did make it pretty far in the competition, though. He didn’t make the finales, but his fans voted him to the semi-finals.

Jenna Johnson was so proud of Joe Amabile

Joe Amabile’s dancing partner on DWTS was Jenna Johnson. She was very excited and happy to see that she and Joe made it to the semifinals in the competition. Jenna stated “The fact that Joe and I have made the semifinals is crazy amazing. This has been a very different journey for us than it has for the other couples. We’ve just very grateful for every week we have to dance together and to spend together. But the fact that people are so supportive of us and Joe specifically, I’m so proud of him for working hard. I think he deserves to be here. I just can’t believe it!”

Joe may have not won the show, but he impressed himself and learned some dance moves. It also made it easy to be near his girlfriend Kendall Long all the time. Hopefully, these two will continue to update fans on their relationship status.

“Grocery Store Joe” sadly went home on DWTS, even though viewers were not surprised, he was a fan favorite. Viewers also say that Joe tried his hardest and they were very satisfied with his hard work and strive. Maybe we will see Joe Amabile return on the Bachelorette or maybe as the Bachelor someday if things don’t work out with Kendall Long! Keep up with Colton Underwood’s season of the Bachelor when it starts airing on ABC in January of 2019.