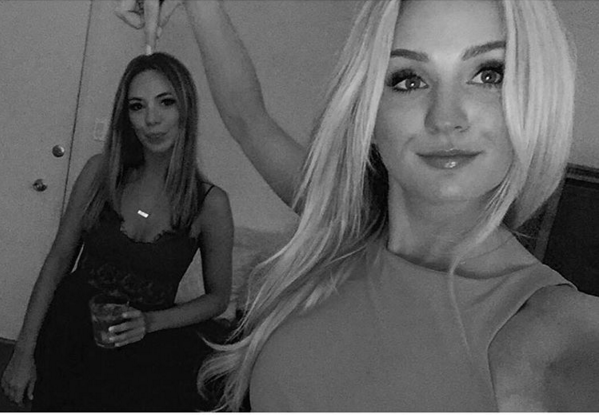 Bachelor star Lauren Bushnell has a new man in her life. There have been some rumors and today it was revealed. She happens to be dating a country music star. The couple decided to reveal the news in a very public way. She decided to attend the 66th Annual BMI Country Awards in Nashville Tuesday night with him. They even posed for pictures on the red carpet. These pictures came out and now fans want all of the details.

So who is Lauren’s new man? It happens to be country music star Chris Lane. He has been singing about wanting a girl he could take back home and it looks like he found one. You can check out his video for Take Back Home Girl below. Earlier this week, Lauren did share that she was at his concert, but didn’t give away the details. They have also been seen talking back and forth on Instagram.

Chris’ rep isn’t giving out a lot of information just yet but did share that this a new relationship. So far, it looks like things are going great for Bachelor star Lauren Bushnell and country singer Chris Lane. Chris is out on tour and Lauren is working hard on her blog. This is the kind of job she can do on the road so it wouldn’t be shocking at all to see her out on a few tour dates with her new man.

Lauren Bushnell found love with Ben Higgins while on The Bachelor. These two went on to do their own reality show. Things just didn’t work out for them in the long run. Both have moved on, but if Ben is dating then he isn’t sharing who the new girl in his life is just yet. Shawn Booth and Kaitlyn Bristowe just revealed a split after falling in love on the show as well. Hopefully, Lauren and Chris find a way to make it work with their busy schedules.

Don’t miss watching Colton Underwood as The Bachelor when it starts airing in January of 2019 on ABC. Also, you won’t want to miss the big CMA Awards tonight where you may get to see Lauren Bushnell. It wouldn’t be shocking if she walked the red carpet with Chris Lane tonight.