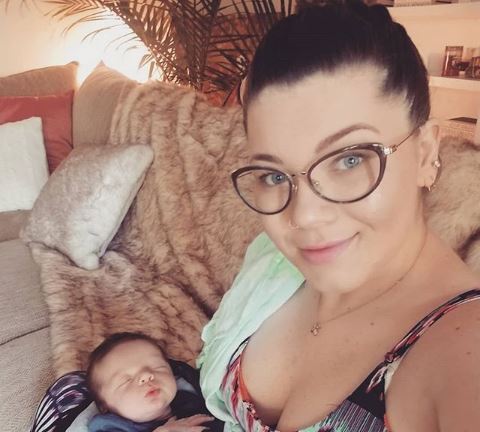 Amber Portwood from Teen Mom OG, is in the news repeatedly. Now she is speaking out about suicide. Suicide is a heartbreaking decision that affects countless people. She has dealt with her fair share of heartache through the years. Suicide doesn’t just affect one person, consequently everyone around.

On Twitter, Amber Portwood speaks out along with the following message, “You guys are the reason people commit suicide. Words hurt and I’m such a sweet person and those parts are never really shown. I’ve only wanted to help children and teenagers not go through what I did including my daughter.”

The words are so powerful also from the heart, nevertheless, she is trying to spread positivity. In this world, positivity is sorely lacking between our generations. Trolls exist among Internet users even more than in your day to day life. People will say things online they would never say to your face. They enjoy bringing pain to those who they feel deserve the hatred. Amber wants them to realize what they are doing and how it can hurt people.

Goodnight everyone! Sending all our love💕

Amber has had to deal with trolls herself

On Teen Mom OG, Portwood has dealt with an enormous amount of hatred from the masses. These people do not have the compassion to support those they do not know. It happens entirely, notably when you live behind the camera with your life on display for the world to view. Amber even said recently that she was ready to leave the show.

Suicide is a serious matter. Not to mention, young people are taking their own lives in behalf of the trolls who simply do not care. Death isn’t the answer. Portwood of Teen Mom OG has loyal fans who will support her through her journey to spread words of positivity. She feels strongly about this more over the blame is solely put on the trolls. The media doesn’t help bring peace to those with those who are considering suicide. They feel it’s their only way out, it’s not. There is hope out there also Amber Portwood wants to spread the awareness.

Amber Portwood has been able to put her past behind her and move on. Make sure that you don’t miss new episodes of Teen Mom OG on MTV. It will be interesting to see if Amber returns next season or not.