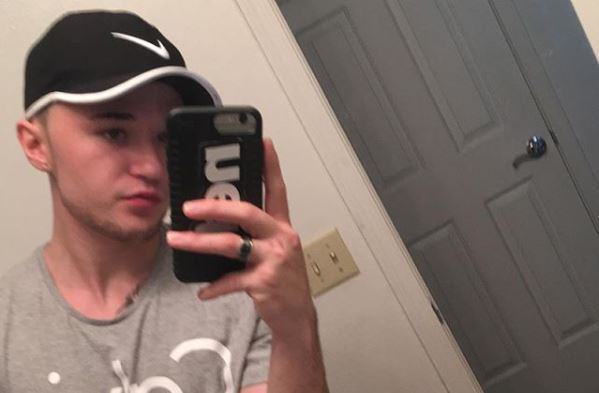 Unexpected’s second season introduced viewers to father Max Schenzel and mother Chloe Mendoza. As viewers have seen he is very disliked by Chloe’s family. Will them seeing that he got arrested make the hatred worse? Probably so, their relationship is already a hot mess.

Chloe Mendoza’s boyfriend and baby daddy Max Schenzel, was arrested and charged with burglary for supposedly stealing credit cards and money from his friends’ grandmother who is 77-years old!! One of the credit cards was used between 6:30 am and 7:30 am on June 8, 2018. One purchase was for $12.33 at McDonald’s and the other was $320.26 on a mini fridge. Max claims to have been intoxicated the night that all of this occurred. He actually plead guilty in August of 2018.

Max Schenzel scheduled at first to fulfill his sentence in mid-September. This was delayed after his attorney petitioned to have Max attend a mental evolution to decide whether or not he was mentally stable to have a trial. The tests that were ran did not show that Max was unable of attending his trial and understanding the charges.

More issues going on with Max of Unexpected

As we saw on the Unexpected Tell All, Max was not present for the show. The cause of that was Chloe’s mother, Jessica Mendoza, filed an injunction against harassment, which then led to Max not being able to be around Chloe and her family, except for any texts messages that are about their daughter Ava. Viewers were absolutely shocked when Max Schenzel said the arrest “made you want to laugh” when you looked back on it. They were also disappointed to see Max following in his father, Todd Schenzel’s footsteps.

Would do anything for my daughter . A real father💯💯

If you haven’t heard Todd got arrested for theft way back in 2008. As we saw in an episode of Unexpected Chloe’s parents sit both Max and Chloe down to talk about Max’s arrest. Chloe already knew about the arrest but decided not to tell her parents. She knew it would make the relationship worse if they knew. They state that this was Max’s second arrest, yes second, and her parents are just worried about the kind of husband and father Max will be.  We hoped to see him get out of this slump before their daughter Ava is born, but she is here already. Chloe and Max are making it clear on social networks that they are still together.

Right now, Unexpected Season 3 hasn’t been confirmed, but fans would love to see it come back to TLC again.

The Duggar Family Might Be Hiding Another Engagement Or Two
Lindsay Arnold Dishes On Her Plans To Return To ‘Dancing With The Stars’
‘Return to Amish’ Sabrina & Jethro Have Special Family Moment
Does Janelle Brown Believes Her Family Was Destined To Be Together?
Multiple Shots Fired During ‘The Rookie’ Filming: Was Anyone Hurt?