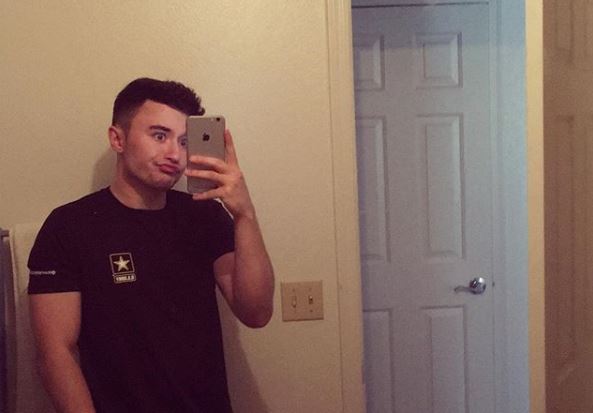 On Unexpected’s second season viewers saw that Chloe Mendoza’s boyfriend Max Schenzel is very disliked by Chloe’s parents. Once they find out Max’s dad Todd Schenzel was arrested how will they feel? They were very disappointed when they found out about his son Max Schenzel’s two arrests. Fans also found out recently that Unexpected’s Emiley Noack’s mother Bridget was arrested for theft in 2004.  Max was arrested twice and viewers are disappointed to see him follow in his father’s footsteps.

It turns out that 53-year old Todd Schenzel, Max Schenzel’s father, was arrested for multiple charges including auto theft, forgery, and issuing bad checks. Todd spent 18 months behind bars from late 2008 to early 2010 according to prison records. This is a long time to be away from your family. On top of having to spend time behind bars, Todd Schenzel also had to pay a fine of $2,225.00. It is interesting that they never brought this up on Unexpected.

Todd got arrested again for being a contractor without a license in 2014. He plead guilty to those charges as well. This means that Max’s dad was saying he could perform something that he may be able to do, but isn’t legally licensed to do.

From the looks of these arrests, it seems that the cause is money problems. More evidence shows that him hurting for money was the problem. Todd Schenzel had been evicted and attended an eviction action hearing in 2017. There is also an indication that Todd filed for bankruptcy at least once.

If you’ve watched the show you know that Chloe’s parents have a strong hatred towards Max Schenzel, Chloe Mendoza’s boyfriend. They make it very clear in each episode. Viewers saw that Chloe’s parents were waiting to meet Max’s dad Todd for a long time but he kept bailing at the last minute. So the result of that is that they do not have a great relationship with Todd Schenzel. If they didn’t know about these arrests, they are going to now.

They now have a daughter together named Ava. Back in September, Max was posting about Chloe, but nothing about her since then on his Instagram. She still has Max in her Instagram profile, so looks like they are still together.

How much will this affect Max and Chloe’s relationship? Or will it affect it at all? As we see Chloe Mendoza doesn’t really seem to care what her parents think of Max.  Viewers are hoping to see the progression on a third season of Unexpected. There are rumors on social media that they are casting for a third season but nothing has yet been confirmed by TLC.