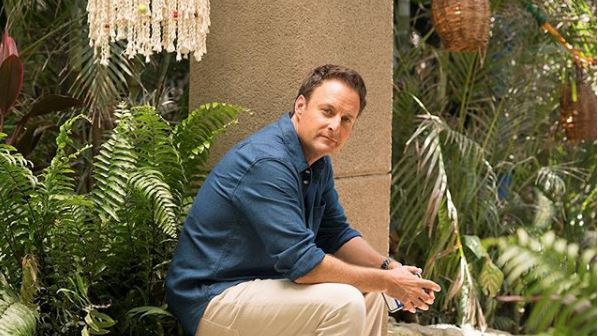 Chris Harrison of The Bachelorette is now speaking out and sharing that he was trying to help Shawn Booth and Kaitlyn Bristowe before their split. The fans were shocked to hear that these two were over. Us Weekly revealed that Chris did what he could to help, but they are over anyway.

Kaitlyn and Shawn met on The Bachelorette and were engaged for several years. It was kind of surprising to viewers that they never got married. Recently, the couple called it quits, which .probably explains why they waited to tie the knot. Chris Harrison was on Extra and shared his thoughts on this split.

Chris Harrison admits that he wasn’t totally shocked they didn’t work out. Here is what he said about it.

Shawn Booth and Kaitlyn Bristowe are over

Sadly, even Chris Harrison couldn’t save this couple. Shawn Booth and Kaitlyn Bristowe are moving on. There is a lot of speculation that they split months ago, but are just now telling fans about it. This is probably because they wanted to see if they could fix their issues before telling anyone that it was over.

I wanted to smell his paws so bad, but I had to contain myself. Thank you @adoptagoldennashville for having me to your 20th birthday! Literally my happy place. A field full of Golden retrievers. How I didn’t drive home with a Jeep full of Golden’s is beyond me. Pinch me. #goldenretriever

It doesn’t look like Shawn Booth and Kaitlyn Bristowe will be getting back together either. Hopefully, Colton Underwood is able to find love on his season of The Bachelor that will last.

Make sure that you don’t miss watching Colton Underwood as The Bachelor when it starts airing in January on ABC.