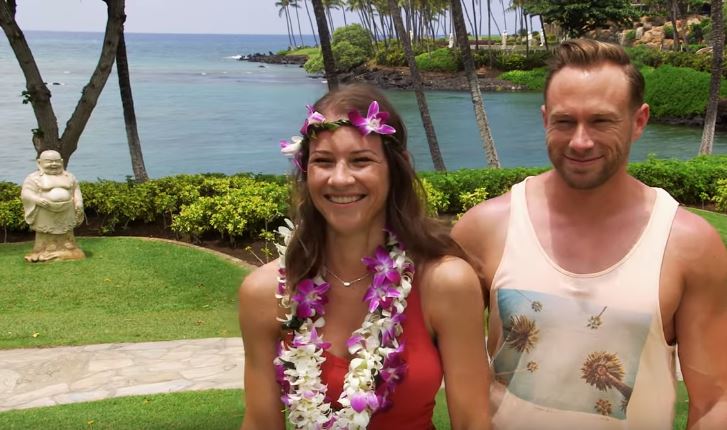 The Busby family of OutDaughtered made sure to look great this Halloween as they dressed as The Greatest Showman. This movie is very popular and one that the Busby girls love to watch and even listen to the soundtrack. The family went to their YouTube channel to share a video all about their costumes and what they did on Halloween.

In their 26 minute video, the fans got to see what the Busby family was doing on Halloween. This is a lot of little girls to get ready. They wore orange clothes to school, but then they changed into their costumes after school was over. That morning they were playing around with vampire teeth. They also had special Halloween donuts that morning.

As you can see in the video above, each girl had her own part. Hazel Busby looks so proud of herself and loved her costume. Their older sister Blayke dressed up as Ann Wheeler on the trapeze, Ava was the bearded woman, Olivia was the world’s strongest man, Hazel was the tattooed man, Riley was the ringleader and Parker was the albino twin.

It looked like they all had a great time dressed up in their Halloween costumes. Hopefully, the cameras were rolling and viewers will get to see this next season on OutDaughtered. The recent season just came to an end. You know that everyone loves this family so they have to bring them back.

The family of OutDaughtered enjoyed some time out trick or treating on Halloween. The Busby girls even practiced a little bit before leaving for school by pretending they were trick or treating at their own home.

Danielle Busby shared that they didn’t have these actual costumes in the store so some of them had to be made. The girls seemed to love dressing up as characters from The Greatest Showman and were even singing the songs while getting ready to go out and trick or treat. It looked like they all had a great time! They were still out and going when it started to get dark.