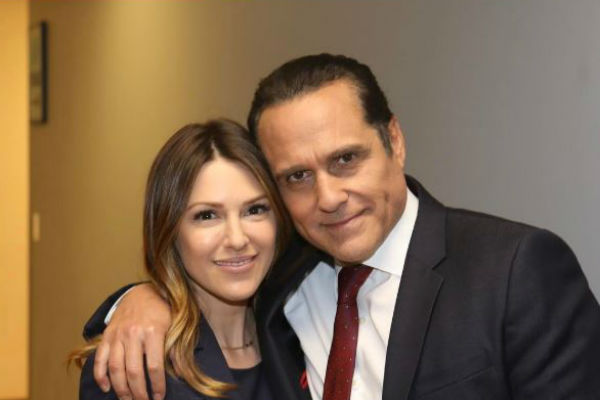 General Hospital spoilers indicate that Sonny Corinthos (Maurice Benard) could be facing a challenge from a brand new rival.  GH viewers have seen that new D.A. Margaux Dawson (Elizabeth Hendrickson) has been gunning for the mob boss since arriving in Port Charles.  The discovery of the remains in the foundation of Charlie’s Pub only served to kick up Margaux’s vendetta against Sonny.

General Hospital-Sonny Is Facing A Challenge To His Freedom

Margaux has been targeting Sonny’s family from day one.  Learning that the body in the basement was in fact her father has intensified Margaux’s desire to bring Sonny down.  She has gone after his wife, father and most recently his daughter Kristina Davis (Lexie Ainsworth)  in an attempt to get to him. Margaux feels that if she hounds his loved ones long enough Sonny will give up in order to protect them.

Jason Morgan (Steve Burton) has been loyal to Sonny from day one. Jason has enlisted the help of his ex-wife Sam McCall (Kelly Monaco) and loyal friend Damian Spinelli (Bradford Anderson) to dig up dirt on Margaux’s late father.  What they found proved shocking especially to Sonny.

General Hospital fans were surprised to learn that Jeanette Marnino (Ely Pouget), Margaux’s mother, was actually the mistress of Joe Scully (Robert Miano).  Even more shocking was the reveal that the widow had likely asked her lover to kill her husband for her.  It turns out that Margaux’s quest to bring down Sonny could very well lead to prison for her own mother.

General Hospital has seen its share of paternity bombshells.  Could Jeanette Marino’s affair with Joe Scully actually have produced a child?  As Sonny and his friends continue to search for a way to stop Margaux, they could find out that Joe Scully is actually her father.  This could set off a brand new challenge for the embattled crime boss.

Should Margaux learn that Joe Scully was her father, she could change her plan of attack against Sonny.  The D.A could turn from the law and embrace her father’s business in order to take Sonny down for good.  Sonny may have assumed Scully’s business when he died, but Margaux could challenge Sonny for her birthright. Things are really going to heat up in Port Charles.

Who will come out on top in the battle between Margaux Dawson and Sonny Corinthos?  Come back to TV Shows Ace for more on GH.