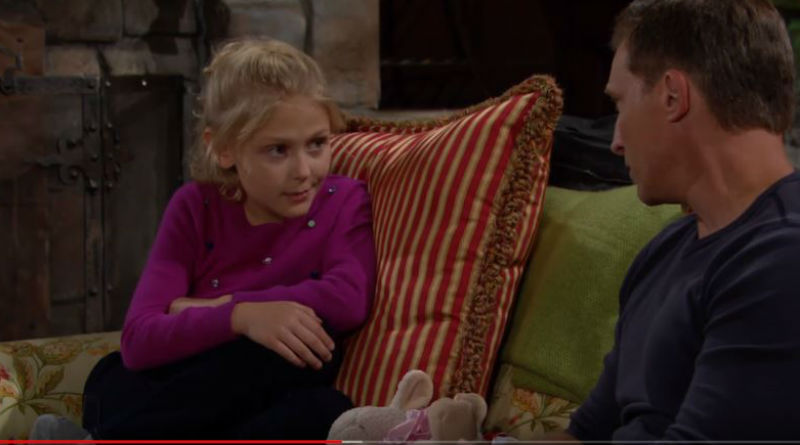 Soap Opera News just shared really exciting news for The Young and the Restless actress star Alyvia Alyn Lind (Faith Newman). She just landed a new role on a Netflix show. Hopefully, this won’t make it where she can’t do both shows. This young actress already works a lot so she should be able to handle it all.

What role is Alyvia Alyn Lind of Young and the Restless playing now?

The new role for Alyvia Alyn Lind is going to be on the show Daybreak. It will air on Netflix. She already has a role and it is described as the role of Angelica. Alyvia will be “a precocious, abrasive pyromaniac, Angelica is a pain in the ass who Josh accidentally saves from a bloodthirsty gang when he mistakes her screams for Sam’s. She begs Josh and Wesley to let her team up with them, and her flair for making Molotov cocktails starts to come in very handy.”

So far, Daybreak has been picked up for 10 episodes. This is what Netflix normally gives to a new show. She isn’t the only big name on the series. Matthew Broderick, Colin Ford, Sophie Simnett, Gregory Kasyan, Austin Crute, Cody Kearsley and Jeante Godlock have all been picked up for Daybreak as well. This show is said to be post-apocalyptic. They are living in an entirely new world and everyone will have to be brave. Such a young actress is going to have to be able to show her fear and bravery both, but she should be able to handle all of it.

Where else can you see Alyvia Alyn Lind?

The soap opera star is already acting all over the place for such a young girl. She is best-known for her role as Faith Newman on The Young and the Restless because of their huge fanbase. She also got the chance to play Dolly Parton in the movie The Coat of Many Colors. Alyvia couldn’t have been a more perfect Dolly. When she landed the role, it was obvious she looked like a young Dolly, but she had to prove she could act like one.

Alyvia Alyn Lind was also in the movies Overboard and Blended. Alyvia was in a few shows too such as Revenge and See Dad Run. She is proving that she is a great actress for her age. You never know where she will end up next. It looks like this is just the start of this budding actresses’ career.

It will be great to see Alyvia Alyn Lind on Daybreak on Netflix when it premieres soon. Also make sure you don’t miss new episodes of The Young and the Restless.